The demand for mobile applications across Android, iOS, and Windows platforms often puts developers accustomed to .NET and C# in a bind. The gap between platform operating systems, programming languages, and devices is an immense obstacle. Ideally, these developers would be able to use their existing skills and knowledge to build native mobile apps. Xamarin. Forms make this possible. In Xamarin.Forms Succinctly by Alessandro Del Sole, you will learn how Xamarin. Forms allow developers to build apps for Android, iOS, and Windows from a single C# codebase through the use of containers, controls, navigation, data binding, native APIs, and more. This fourth edition covers features added in Xamarin.Forms versions 5 through 0, the XAML code editor, tools for developing iOS applications, and using native Android and iOS controls without writing custom APIs. 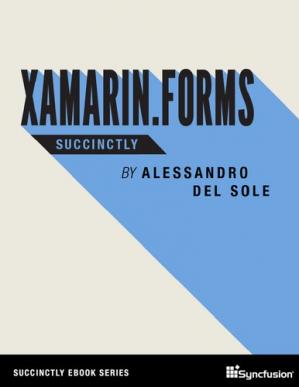