Vue.js: A comprehensive beginner’s guide to Vue.js Alexander Aronowitz, Rufus Stewart
2012 in the New York area. At that time Evan You is living his best life learning Javascript. He’s doing side projects left and right for laughs. One of them explodes in popularity on Hackernews ! Evan didn’t know, but he just got Google’s attention.
Very quickly hired at Google, his role is to create “experimental projects” for innovative ideas. He uses a lot of vanilla Javascript. He tries AngularJS and other frameworks, but he rages instantly on it. He doesn’t find the freedom he needs. So he had an idea : extract the best part of these frameworks and make his own light and malleable framework for his own personal need.
In July 2013, the first commit of VueJS was made. For the record, VueJS was to be called Seed.JS. But it was taken on NPM! Since its framework is centered around the view part, Evan wanted something that looked like “View” in English. He went to google translate and translated “View” into several languages. He came across the French translation “Vue” and found it cool. A few minutes later, VueJS was published.
Categories:
Computers – Web Development
Year:
2021
Edition:
1
Language:
english
Pages:
143
ISBN:
B08W4L6842
File:
67 MB 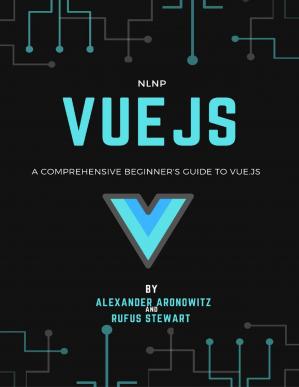