Verbal Art, Verbal Sign, Verbal Time Roman Jakobson
Verbal Art, Verbal Sign, Verbal Time was first published in 198 Minnesota Archive Editions uses digital technology to make long-unavailable books once again accessible, and are published unaltered from the original University of Minnesota Press editions. Roman Jakobson, one of the most important thinkers of our century, was bet known for his role in the rise and spread of the structural approach to linguistics and literature. His formative structuralism approach to linguistics and literature. His formative years with the Russian Futurists and subsequent involvement in the Moscow and Prague Linguistic Circles (which he co-founded) resulted in a lifelong devotion to fundamental change in both literary theory and linguistics. In bringing each to bear upon the other, he enlivened both disciplines; if a literary work was to a him a linguistic fact, it was also a semiotic phenomenon – part of the entire universe of signs; and above all, for both language and literature, time was an integral factor, one that produced momentum and change. Jakobson’s books and articles, written in many languages and published around the world, were collected in a monumental seven-volume work, Selected Writings (1962 -1984), which has been available only to a limited readership. Not long before his death in 1982, Jakobson brought together this group of eleven essaysвЂ” Verbal Art, Verbal Sign, Verbal Time вЂ” to serve as an introduction to some of his linguistic theories and especially, to his work in poetics. Jakobson’s introductory article and the editor’s preface together suggest the range of his work and provide a context for the essays in this book, which fall into three groups. Those in the first section reflect his preoccupation with the dynamic role of time in language and society. Jakobson challenges Saussure’s rigid distinction between language as a static (synchronic) system and its historical (diachronic) development – a false opposition, in his view, since it ignores the role of time in the present moment of language. The essays on time counter the notion that structuralism itself, as heir to Saussure’s work, has discarded history; in Jakabson’s hands, we see a struggle to integrate the two modes. In central group essays, on poetic theory, he shows how the grammatical categories of everyday speech become the expressive, highly charged language of poetry. These essays also deal with the related issues of subliminal and intentional linguistic patterns of poetry. These essays also deal with the related issues of subliminal and intentional linguistic patterns in poetryвЂ”areas that are problematic in structural analysisвЂ”and provide exemplary readings of Pushkin and Yeats. The last essays, on Mayakovsky and Holderlin, make clear that Jakobson was aware of the essential (and in these instances, tragic) bond between a poet’s life and art. The book closes with essays by Linda Waugh, Krystyna Pomorska, and Igor Melchuk that provide a thoughtful perspective on Jakobson’s work as a whole.
Categories:
Reference – Encyclopaedias
Year:
1985
Publisher:
University of Minnesota Press
Language:
english
Pages:
224
ISBN 10:
0816613583
ISBN 13:
9780816613588
File:
185 MB 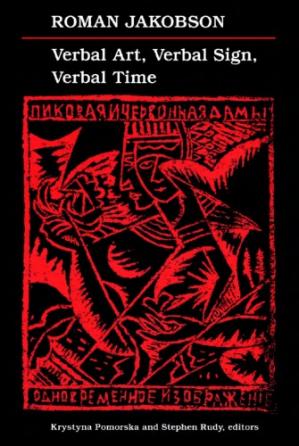