Valkyrie Profile – Prima’s Official Strategy Guide James Ratkos, Beth Hollinger, Elizabeth M. Hollinger
Set in the world of Norse mythology,Valkyrie Profilefeatures the goddess Valkyrie, who must collect the souls of fallen warriors and train them for battle in a war between the gods. Players interact with a variety of characters, each with his or her own history. Although completely non-linear, there is a time frame during which you must amass the holy army, adding an element of impending disaster to the quest! Depending on the choices you make throughout the game, you’ll experience one of three separate and earth-shattering endings.Valkyrie Profile: Prima’s Official Strategy Guideincludes:
A comprehensive bestiary
Detailed maps and strategies for all dungeons
Side quests and bonus items revealed
All game pattern and difficulty level information
The guide also includes strategies for:
Defeating every boss
Sending the best warriors to Valhalla
Recruiting all of the Einherjar
Uncovering the Seraphic Gate Categories:
Computers – PC & Video Games
Year:
2000
Edition:
Paperback
Publisher:
Prima Games
Language:
english
Pages:
176 / 178
ISBN 10:
076153105X
ISBN 13:
9780761531050
File:
1032 MB 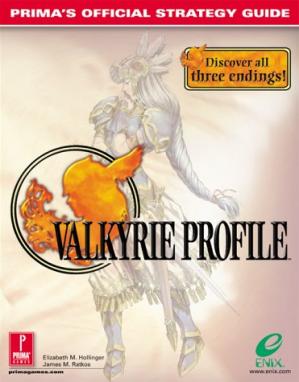