Uncoded Multimedia Transmission Feng Wu, Chong Luo, Hancheng Lu
An uncoded multimedia transmission (UMT) system is one that skips quantization and entropy coding in compression and all subsequent binary operations, including channel coding and bit-to-symbol mapping of modulation. By directly transmitting non-binary symbols with amplitude modulation, the uncoded system avoids the annoying cliff effect observed in the coded transmission system. This advantage makes uncoded transmission more suited to both unicast in varying channel conditions and multicast to heterogeneous users. In Part I of this book we consider how to improve the efficiency of uncoded transmission and make it on par with the coded transmission. In Part II, we discuss three technologies for multimedia correlation processing in uncoded transmission – Cactus, DCast and LineCast. All the three pieces of work demonstrate the possibility to build a more robust and efficient wireless multimedia communication system than existing digital ones. In fact, the efficiency of a transmission system is decided by how the resources, including bandwidth, power, and subchannel, are allocated. In Part III, we address the resource allocation problem for UVT in a Rayleigh fading channel, where only statistical channel state information (CSI) is available to the sender. Based on the observation that discarding low-priority (LP) data and saving the channel uses for high-priority (HP) data can significantly improve the quality of the received video, we formulate an optimization problem that aims to minimize the total squared error of a multi-variant Gaussian random vector and find a near optimal solution. Furthermore, the resource allocation problem for UVT is also studied in Non-Orthogonal Multiple Access (NOMA) systems. In Part IV, we propose ParCast+ which first separates the source and the channel into independent components, matches the more important source components with higher-gain channel components, and uses amplitude modulation for transmission. In this part of the book, we also consider image and video delivery in MIMO broadcasting networks with diverse channel quality and varying numbers of antennas across receivers In the last part of this book, we investigate the cases where analog transmission can be used in conjunction with digital transmission for a balanced efficiency and adaptation capability. In such a hybrid digital-analog (HDA) system, the two key questions we shall answer are how to separate the video signal into digital and analog parts and how to allocate limited resources between and within digital and analog transmissions. This book may be used as a collection of research notes for researchers in this field, a reference book for practitioners or engineers, as well as a textbook for a graduate advanced seminar in this fieldor any related fields. The references collected in this book may be used as further reading lists or references for the readers. Categories:
Computers – Networking
Year:
2021
Publisher:
CRC Press
Language:
english
Pages:
344 / 349
ISBN 10:
0367632950
ISBN 13:
9780367632953
Series:
Series in Multimedia Computing, Communication and Intelligence
File:
481 MB 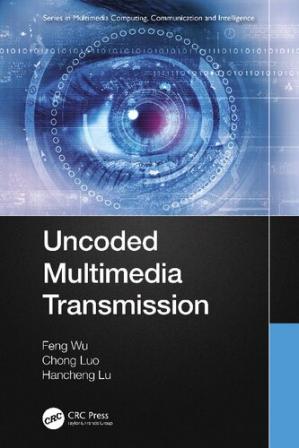