Towards a New Architecture by Le Corbusier

Towards a New Architecture Le Corbusier
For the Swiss-born architect and city planner Le Corbusier (Charles-Édouard Jeanneret, 1887–1965), architecture constituted a noble art, an exalted calling in which the architect combined plastic invention, intellectual speculation, and higher mathematics to go beyond mere utilitarian needs, beyond “style,” to achieve a pure creation of the spirit which established “emotional relationships by means of raw materials.” The first major exposition of his ideas appeared in Vers une Architecture (1923), a compilation of articles originally written by Le Corbusier for his own avant-garde magazine, L’Esprit Nouveau. The present volume is an unabridged English translation of the 13th French edition of that historic manifesto, in which Le Corbusier expounded his technical and aesthetic theories, views on industry, economics, relation of form to function, the “mass-production spirit,” and much else. A principal prophet of the “modern” movement in architecture,…
Categories:
Arts – Architecture
Year:
2013
Publisher:
Dover Publications
Language:
english
ISBN 10:
0486250237
ISBN 13:
9780486250236
Series:
Dover Architecture
File:
42 MB 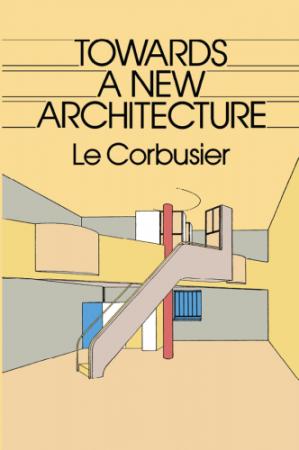 Towards a New Architecture by Le Corbusier
$15.99