The Road to General Intelligence

The Road to General Intelligence Jerry Swan, Eric Nivel, Neel Kant, Jules Hedges, Timothy Atkinson, Bas Steunebrink
The rise of civilization is synonymous with the creation of tools that extend the intellectual and physical reach of human beings [133]. The pinnacle of such endeavours is to replicate the flexible reasoning capacity of human intelligence within a machine, making it capable of performing useful work on command, despite the complexity
and adversity of the real world. In order to achieve such Artificial Intelligence (AI), a new approach is required: traditional symbolic AI has long been known to be too rigid to model complex and noisy phenomena and the sample-driven approach of Deep Learning cannot scale to the long-tailed distributions of the real world.
In this book, we describe a new approach for building a situated system that reflects upon its own reasoning and is capable of making decisions in light of its limited knowledge and resources. This reflective reasoning process addresses the vital safety issues that inevitably accompany open-ended reasoning: the systemmust perform its mission within a specifiable operational envelope Categories:
Computers – Artificial Intelligence (AI)
Volume:
1049
Year:
2022
Edition:
1
Publisher:
Springer
Language:
english
Pages:
136 / 142
ISBN 10:
303108019X
ISBN 13:
9783031080197
Series:
Studies In Computational Intelligence | 1049
File:
64 MB 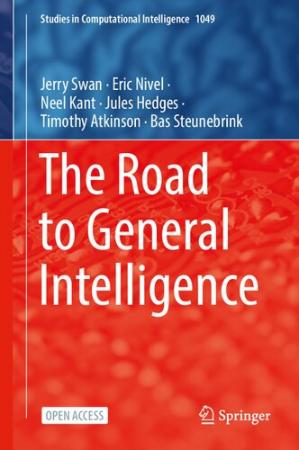 The Road to General Intelligence
$15.99