The Power Law: Venture Capital and the Making of the New Future

The Power Law: Venture Capital and the Making of the New Future Sebastian Mallaby
“A gripping fly-on-the-wall story of the rise of this unique and important industry based on extensive interviews with some of the most successful venture capitalists.” – Daniel Rasmussen, Wall Street Journal “A must-read for anyone seeking to understand modern-day Silicon Valley and even our economy writ large.” -Bethany McLean, The Washington Post “A rare and unsettling look inside a subculture of unparalleled influence.” —Jane Mayer “A classic…A book of exceptional reporting, analysis and storytelling.” —Charles Duhigg From the New York Times bestselling author of More Money Than God comes the astonishingly frank and intimate story of Silicon Valley’s dominant venture-capital firms—and how their strategies and fates have shaped the path of innovation and the global economy Innovations rarely come from “experts.” Elon Musk was not an “electric car person” before he started Tesla. When it comes to improbable innovations, a legendary tech VC told Sebastian Mallaby, the future cannot be predicted, it can only be discovered. It is the nature of the venture-capital game that most attempts at discovery fail, but a very few succeed at such a scale that they more than make up for everything else. That extreme ratio of success and failure is the power law that drives the VC business, all of Silicon Valley, the wider tech sector, and, by extension, the world. In The Power Law, Sebastian Mallaby has parlayed unprecedented access to the most celebrated venture capitalists of all time—the key figures at Sequoia, Kleiner Perkins, Accel, Benchmark, and Andreessen Horowitz, as well as Chinese partnerships such as Qiming and Capital Today—into a riveting blend of storytelling and analysis that unfurls the history of tech incubation, in the Valley and ultimately worldwide. We learn the unvarnished truth, often for the first time, about some of the most iconic triumphs and infamous disasters in Valley history, from the comedy of errors at the birth of Apple to the avalanche of ven Categories:
Business & Economics – Others
Year:
2022
Publisher:
Penguin
Language:
english
Pages:
496
ISBN 10:
0525560009
ISBN 13:
9780525560005
File:
165 MB

Be the first to review “The Power Law: Venture Capital and the Making of the New Future” Cancel reply 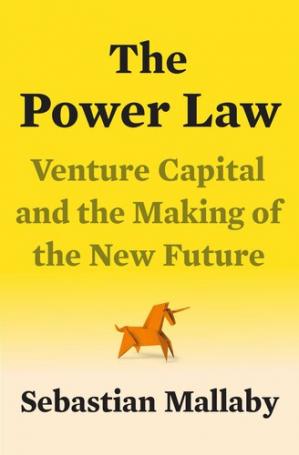 The Power Law: Venture Capital and the Making of the New Future
$15.99