The Faith of Biology and the Biology of Faith: Order Meaning and Free Will in Modern Medical Science

The Faith of Biology and the Biology of Faith: Order, Meaning, and Free Will in Modern Medical Science Robert Pollack
Are there parallels between the “moment of insight” in science and the emergence of the “unknowable” in religious faith? Where does scientific insight come from? Award-winning biologist Robert Pollack argues that an alliance between religious faith and science is not necessarily an argument in favor of irrationality: the two can inform each other’s visions of the world.
Pollack begins by reflecting on the large questions of meaning and purpose—and the difficulty of finding either in the orderly world described by the data of science. He considers the obligation to find meaning and purpose despite natural selection’s claim to be a complete explanation of our presence as a species—a claim that calls upon neither natural intention, nor design, nor Designer. Next, the book focuses on matters of free will, from the choice of a scientist to accept evidence, to the choice of a religious person to accept a revelation, to a patient’s loss of free will in medical treatment. Here Pollack addresses questions of ethics and offers a provocative comparison of two difficult texts whose contents remain incompletely understood: the DNA “text” of the human genome and the Hebrew record of Jewish written and oral law. In closing, Pollack considers the promise of genetic medicine in enabling us to glimpse our own future and offers a reconsideration of the possible utility of the so-called placebo effect in curing illness.
Whether refuting a DNA-based biological model of Judaism or discussing the Darwinian concept of the species, Pollack, under the banner of free inquiry, presents a genuine, vital, and well-argued assay of the intersection of science and religion. Categories:
Computers – Computer Business & Culture
Year:
2013
Edition:
Paperback ed. 2013
Publisher:
Columbia University Press
Language:
english
Pages:
166
ISBN 10:
0231115075
ISBN 13:
9780231115070
Series:
Columbia Series in Science and Religion
File:
33 MB 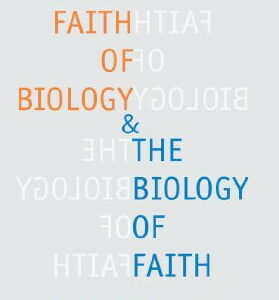 The Faith of Biology and the Biology of Faith: Order Meaning and Free Will in Modern Medical Science
$15.99