TCP / IP Protocol, for beginners: The Ultimate Beginner’s Guide to Learn TCP / IP protocol Step by Step Claudia Alves
The acronym TCP/IP stands for Transmission Control Protocol/Internet Protocol and refers to a family of network protocols which are the basis for communication and data exchange over the internet as well as on private IP networks. The development of TCP/IP already began in the 1970s and traces back to the work of DARPA. Whilst the protocol family used to compete with alternative protocols such as AppleTalk by Apple, IPX/SPX by Novell or NetBEUI by Microsoft, TCP/IP has now established itself as a universal and worldwide popular protocol. It is platform-independent and available for devices with all operating systems imaginable. The reasons for the success of the protocol family are the victory of the Internet as well as its flexibility and versatility. Categories:
Computers – Networking
Year:
2021
Publisher:
Independently published
Language:
english
Pages:
62 / 74
ISBN 10:
873128874X
ISBN 13:
9798731288743
File:
172 MB 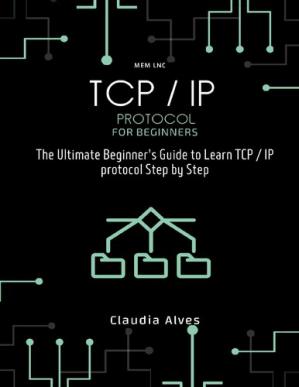