This book is a collection of papers presented at the last Scientific Computing in Electrical Engineering (SCEE) Conference, held in Capo d’Orlando, Sicily, in 200 The series of SCEE conferences aims at addressing mathematical problems which have a relevancy to industry. The areas covered at SCEE-2004 were: Electromagnetism, Circuit Simulation, Coupled Problems and General mathematical and computational methods. This book is particularly important for Engineers, Physicists and Mathematicians who want to know the state of the art with respect to scientific challenges arising from problems of interest for industry. 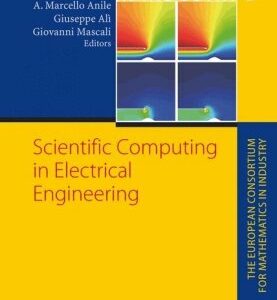