Resident Evil Philip J Reed
Now a sprawling video game franchise, Resident Evil has kept us on the edge of our seats for decades with its tried-and-true brand of jump scares, zombie action, and biological horror. But even decades after its release, we can’t stop revisiting the original’s thrills, chills, and sometimes unintentional spills. Pop culture writer and horror cinephile Philip J Reed takes dead aim at 1996’s Resident Evil, the game that named and defined the genre we now call “survival horror.” While examining Resident Evil’s influences from the worlds of film, literature, and video games alike, Reed’s love letter to horror examines how the game’s groundbreaking design and its atmospheric fixed-cam cinematography work to thrill and terrify players—and why that terror may even be good for you. Featuring a foreword from Troma Entertainment legend Lloyd Kaufman and new interviews with the game’s voice actors and its live-action cast, the book serves as the master of unlocking the behind-the-scenes secrets of Resident Evil, and shows how even a game filled with the most laughable dialogue can still scare the pants off of you. Categories:
Computers – PC & Video Games
Volume:
25
Year:
2020
Publisher:
Boss Fight Books
Language:
english
Pages:
192
ISBN 10:
1940535255
ISBN 13:
9781940535258
Series:
Boss Fight Books
File:
976 KB 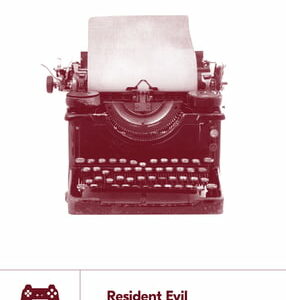