Real Time Visual Effects for the Technical Artist Chris Roda
Visual effects (VFX) are one of the most complicated components of feature film and television creation. With advancements in such technologies as Ray Tracing and Virtual Reality, the visual quality of the real-time rendering engine is now rivaling feature film. Real-time rendering requires years of programming experience with advanced understanding in math and physics.As the power of the real-time rendering engine improves, so too do the interfaces for VFX creation. With limited technical understanding, artists can create VFX with the push of a button and tug of a slider. As powerful as the interfaces are, they can only expose a portion of the true potential of the rendering engine. Artists are limited by their understanding of the engine interface. Real Time Visual Effects for the Technical Artist is written for digital artists to explain the core concepts of VFX, common in all engines, to free them from interface bounds.Features: Introduces the reader to the technical aspects of real-time VFX Built upon a career of more than 20 years in the feature film VFX and the real-time video game industries and tested on graduate and undergraduate students Explores all real-time VFX in four categories: in-camera effects, in-material effects, simulations, and particles This book is written to complement undergraduate- or graduate-level courses focused on the fundamentals of modern real-time VFX.Chris Roda is a Technical Art instructor at the Florida Interactive Entertainment Academy (FIEA), a graduate degree program in interactive, real-time application development at the University of Central Florida. Early in his career, Chris was a visual effects artist in the film and television industries where he contributed visual effects for films such as Spider-Man, Titanic, and The Fifth Element. Before coming to FIEA, Chris was a CG Supervisor at Electronic Arts, where he worked on video game titles such as NCAA Football and Madden NFL Football. In addition to teaching, Chris works on generating tools and pipelines for the creation of immersive experiences: the amalgamation of the narrative of films, the interactivity of video games, and the immersion of theme parks.
Categories:
Arts – Graphic Arts
Year:
2022
Publisher:
CRC Press
Language:
english
Pages:
411
ISBN 10:
0367444488
ISBN 13:
9780367444488
File:
102.78 MB 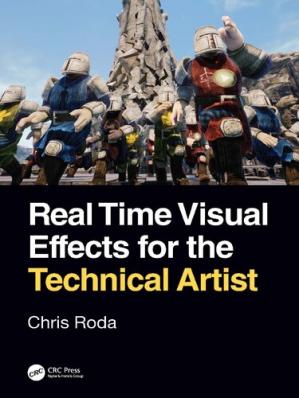