Python is a remarkably powerful, yet simple programming language that has become a highly valuable software development tool for many computing professionals. With the recent release of version 2, Python is becoming more robust and developers are begging for their favorite resource to be updated. Python developers talk about nothing else when it comes to Python documentation – they know Python Essential Reference is the best. Python Essential Reference, Second Edition, concisely describes the Python programming language and its large library of standard modules, collectively known as the Python programming environment. It is arranged into four major parts. First, a brief tutorial and introduction is presented, then an informal language reference will cover lexical conventions, functions, statements, control flow, datatypes, classes, and execution models. The third section covers the Python library, and the final section covers the Python C API that is used to write Python extensions. All the code used in the book is available at www.newriders.com. This book is best for the customers because it is highly focused and clearly provides the things a reader needs to know to best utilize Python. It is intended for programmers who have experience with other programming languages such as C or C++. It is for the serious programmer who does not want a basic introduction to the language. 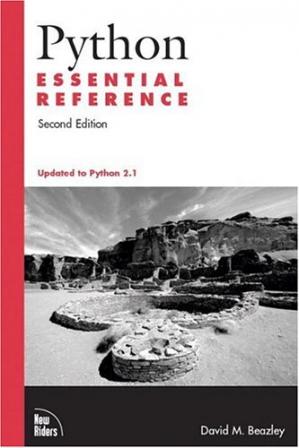