Powering Up: Are Computer Games Changing Our Lives (Science Museum TechKnow Series) Rebecca Mileham
When it comes to computer games, the numbers are astounding: the world’s top professional gamer has won over half a million dollars shooting virtual monsters on-screen; online games claim literally millions of subscribers; while worldwide spending on computer gaming will top ?24 billion by 201 From techno-toddlers to silver surfers, everyone’s playing games on their PCs, Wiis, Xboxes and phones. How are we responding to this onslaught of brain-training, entertaining, potentially addicting, time-consuming, myth-spawning games?In Powering Up, Rebecca Mileham looks at the facts behind the headlines to see what effect this epidemic of game-playing is really having on us and the society we live in. Is it making us obese, anti-social, violent and addicted… or just giving us different ways of getting cleverer, fitter and more skilled? She examines the evidence, from experts and gamers alike, and asks some controversial and thought-provoking questions:Are car-driving games turning us into boy racers?Could becoming a virtual bully help children solve classroom disputes?Should you feel remorse for killing pixel people?Does it matter if you cheat in a single-player game?Can games get ex-prisoners back to work?If you’re part of the gaming revolution yourself, or are just curious to know what’s fact and what’s fiction in the media coverage of this topic, then this is the book for you.About the authorRebecca Mileham has written for the Sunday Times, She magazine, and for museums all over the UK. In ten years at the Science Museum, London, she developed exhibitions on topics as diverse as Charles Babbage’s Difference Engines, robotic submarines, face transplants and the male pill.http://www.rebecca.mileham.net/ Categories:
Computers – PC & Video Games
Year:
2008
Edition:
1
Publisher:
Wiley
Language:
english
Pages:
336 / 335
ISBN 10:
0470723106
ISBN 13:
9780470723104
File:
45 MB 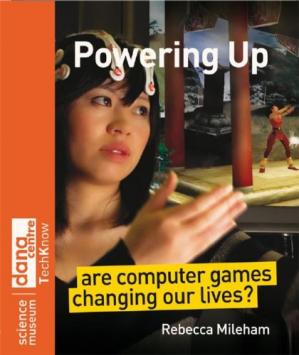