Peirce on Signs: Writings on Semiotic

Peirce on Signs: Writings on Semiotic James Hoopes
Charles Sanders Peirce (1839-1914) is rapidly becoming recognized as the greatest American philosopher. At the center of his philosophy was a revolutionary model of the way human beings think. Peirce, a logician, challenged traditional models by describing thoughts not as “ideas” but as “signs,” external to the self and without meaning unless interpreted by a subsequent thought. His general theory of signs — or semiotic — is especially pertinent to methodologies currently being debated in many disciplines.
This anthology, the first one-volume work devoted to Peirce’s writings on semiotic, provides a much-needed, basic introduction to a complex aspect of his work. James Hoopes has selected the most authoritative texts and supplemented them with informative headnotes. His introduction explains the place of Peirce’s semiotic in the history of philosophy and compares Peirce’s theory of signs to theories developed in literature and linguistics.
Categories:
Poetry – American Poetry
Year:
1991
Publisher:
University of North Carolina Press
Language:
english
Pages:
294
ISBN 10:
0807843423
ISBN 13:
9780807843420
File:
177 MB 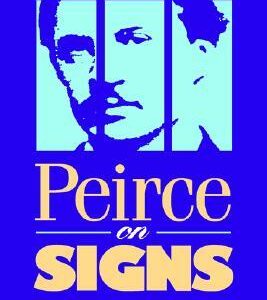 Peirce on Signs: Writings on Semiotic
$9.99