Patterns of Middle Class Consumption in India and China

Patterns of Middle Class Consumption in India and China Christophe Jaffrelot, Peter van der Veer
This is a book about the emerging patterns of consumption among the middle classes of India and China. The book compares cultural shifts as a result of liberalization and globalization in these two emerging Asian powers. This volume does not compare India and China to the West, as books on similar subjects have done in the past. Instead they are compared with each other. This book is well-timed, considering that both these countries have so much in common in terms of scale, civilization, history, and as emerging economies. The chapters in this book have been written by sociologists, anthropologists, and political scientists rather than by economists, so the emphasis is on cultural shifts rather than economic statistics. Transnational developments, like tourism, karaoke, soap operas, and the art market, have all been extensively covered in this book Categories:
Business & Economics – Sales & Marketing
Year:
2008
Publisher:
Sage Publications Pvt. Ltd
Language:
english
Pages:
301
ISBN 10:
8178297876
ISBN 13:
9788178297873
File:
85 MB 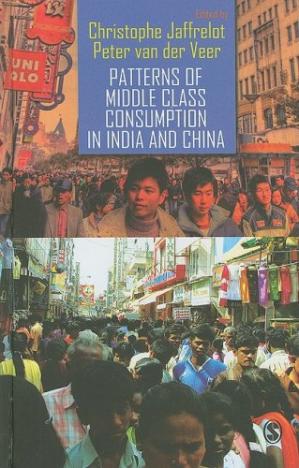 Patterns of Middle Class Consumption in India and China
$15.99