Narrative Design and Authorship in Bloodborne: An Analysis of the Horror Videogame

Narrative Design and Authorship in Bloodborne: An Analysis of the Horror Videogame Madelon Hoedt
In the vein of their cult-classic dark fantasy titles Demon’s Souls (2009) and the Dark Souls franchise (2011, 2014, 2016), game developers FromSoftware released the bleak Gothic horror Bloodborne in 201 Players are cast in the role of hunters in a hostile land, probing the shadowy city of Yharnam in search of “paleblood.” The game achieved iconic status as both a horror and an action title for its rich lore and for the continuity of story elements through all aspects of game design. This first full-length study examines Bloodborne’s themes of dangerous knowledge and fatal pride and its aesthetics in the context of other works on game studies, horror and the Gothic. The book’s three parts focus on lore and narrative, the game’s nightmarish world, and its mechanics. Categories:
Computers – PC & Video Games
Year:
2019
Publisher:
McFarland
Language:
english
Pages:
191 / 215
ISBN 10:
1476672180
ISBN 13:
9781476672182
Series:
Studies in Gaming
File:
95 MB 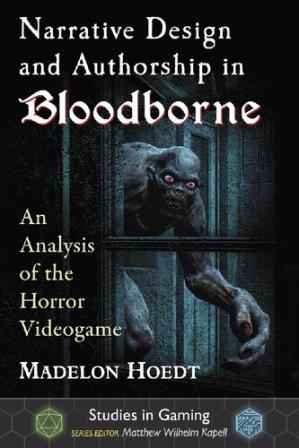 Narrative Design and Authorship in Bloodborne: An Analysis of the Horror Videogame
$15.99