Figures in Black: Words Signs and the “Racial” Self

Figures in Black: Words, Signs, and the “Racial” Self Henry Louis Gates
“The originality, brilliance, and scope of the work is remarkable…. Gates will instruct, delight, and stimulate a broad range of readers, both those who are already well versed in Afro-American literature, and those who, after reading this book, will eagerly begin to be.”–Barbara E. Johnson, Harvard University. “A critical enterprise of the first importance…. Gates promises to lead and to show the way in boldness of conception, in vigor of execution, and in vitality and pertinence of expression.”–James Olney, Louisiana State University. Recently awarded Honorable Mention from the John Hope Franklin Publication Prize Committee of the American Studies Association, Figures in Black takes a provocative new look at how we analyze and define black literature. Henry Louis Gates, Jr., attacks the notion that the dominant mode of Afro-American literature is, or should be, a kind of social realism, evaluated primarily as a reflection of the “Black Experience.” Instead, Gates insists that critics turn to the language of the text and bring to their work the close, methodical analysis of language made possible by modern literary theory. But his goal in this volume is not merely to “apply” contemporary theory to black texts. Indeed, as he ranges from 18th-century poet Phillis Wheatley to modern writers Ishmael Reed and Alice Walker, he attempts to redefine literary criticism itself, moving it away from a Eurocentric notion of a hierarchical canon–mostly white, Western, and male–to foster a truly comparative and pluralisic notion of literature. In doing so, he provides critics with a powerful tool for the analysis of black art and, more important, reveals for all readers the brilliance and depth of the Afro-American tradition.
Categories:
Society, Politics & Philosophy – Government & Politics
Year:
1987
Publisher:
Oxford University Press
Language:
english
Pages:
348
ISBN 10:
019503564X
ISBN 13:
9780195035643
File:
20.92 MB 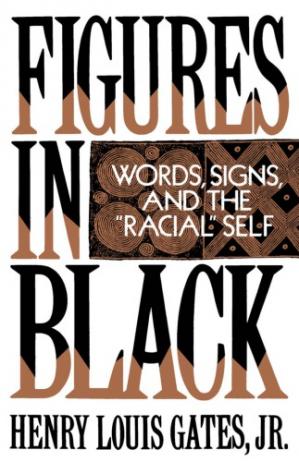 Figures in Black: Words Signs and the “Racial” Self
$9.99