Doors in the Walls of the World: Signs of Transcendence in the Human Story

Doors in the Walls of the World: Signs of Transcendence in the Human Story Peter Kreeft [Kreeft, Peter]
“There are more things in heaven and earth, Horatio, than are dreamt of in your philosophy.”— Hamlet After William Shakespeare’s Horatio sees the ghost of Hamlet’s father, and scarcely believes his own eyes, Hamlet tells him that there is more to reality than he can know or imagine, including ghosts. Hamlet’s statement suggests that the walls of the material world, which we perceive with our senses and analyze with our intellects, have doors that open into the More beyond them. Philosopher Peter Kreeft explains in this book that the More includes “The Absolute Good, Platonic Forms, God, gods, angels, spirits, ghosts, souls, Brahman, Rta (the Hindu ontological basis for cosmological karma), Nirvana, Tao, ‘the will of Heaven’, The Meaning of It All, Something that deserves a capital letter.” With razor-sharp reasoning and irrepressible joy, Kreeft helps us to find the doors in the walls of the world. Drawing on history, physical science, psychology, religion, philosophy, literature, and art, he invites us to welcome what lies on the other side so that we can begin living the life of Heaven in the here and now.
Categories:
Religion
Year:
2018
Publisher:
Ignatius Press
Language:
english
ISBN 10:
1681498014
ISBN 13:
9781681498010
ISBN:
B07GTPQ798
File:
231 KB 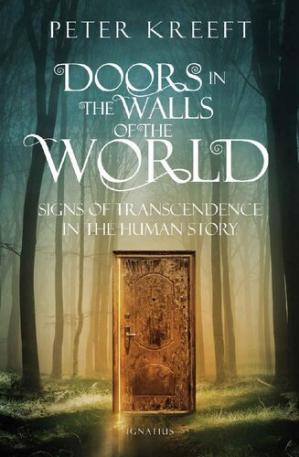 Doors in the Walls of the World: Signs of Transcendence in the Human Story
$9.99