An Instinct for Truth: Curiosity and the Moral Character of Science

An Instinct for Truth: Curiosity and the Moral Character of Science

An Instinct for Truth: Curiosity and the Moral Character of Science Robert T. Pennock

An exploration of the scientific mindset–such character virtues as curiosity, veracity, attentiveness, and humility to evidence–and its importance for science, democracy, and human flourishing.
Exemplary scientists have a characteristic way of viewing the world and their work: their mindset and methods all aim at discovering truths about nature. In Instinct for Truth, Robert Pennock explores this scientific mindset and argues that what Charles Darwin called “an instinct for truth, knowledge, and discovery” has a tacit moral structure–that it is important not only for scientific excellence and integrity but also for democracy and human flourishing. In an era of “post-truth,” the scientific drive to discover empirical truths has a special value.
Taking a virtue-theoretic perspective, Pennock explores curiosity, veracity, skepticism, humility to evidence, and other scientific virtues and vices. He explains that curiosity is the most distinctive element of the scientific character, by which other norms are shaped; discusses the passionate nature of scientific attentiveness, and calls for science education not only to teach scientific findings and methods but also to nurture the scientific mindset and its core values.
Drawing on historical sources as well as a sociological study of more than a thousand scientists, Pennock’s philosophical account is grounded in values that scientists themselves recognize they should aspire to. Pennock argues that epistemic and ethical values are normatively interconnected and that for science and society to flourish, we need not just a philosophy of science, but a philosophy of the scientist. Categories:
Business & Economics – Responsibility and Business Ethics
Year:
2019
Publisher:
MIT Press
Language:
english
Pages:
449
ISBN 10:
0262042584
ISBN 13:
9780262042581 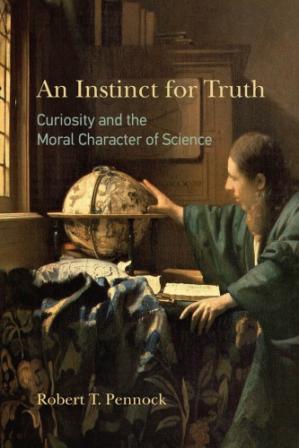 An Instinct for Truth: Curiosity and the Moral Character of Science
$9.99