Achievement Relocked: Loss Aversion and Game Design Geoffrey Engelstein
How game designers can use the psychological phenomenon of loss aversion to shape player experience.
Getting something makes you feel good, and losing something makes you feel bad. But losing something makes you feel worse than getting the same thing makes you feel good. So finding $10 is a thrill; losing $10 is a tragedy. On an “intensity of feeling” scale, loss is more intense than gain. This is the core psychological concept of loss aversion, and in this book game creator Geoffrey Engelstein explains, with examples from both tabletop and video games, how it can be a tool in game design. Loss aversion is a profound aspect of human psychology, and directly relevant to game design; it is a tool the game designer can use to elicit particular emotions in players. Engelstein connects the psychology of loss aversion to a range of phenomena related to games, exploring, for example, the endowment effect–why, when an object is ours, it gains value over an equivalent object that is not ours–as seen in the Weighted Companion Cube in the game Portal; the framing of gains and losses to manipulate player emotions; Deal or No Deal’s use of the utility theory; and regret and competence as motivations, seen in the context of legacy games. Finally, Engelstein examines the approach to Loss Aversion in three games by Uwe Rosenberg, charting the designer’s increasing mastery. Categories:
Computers – PC & Video Games
Year:
2020
Publisher:
The MIT Press
Language:
english
Pages:
149
ISBN 10:
026204353X
ISBN 13:
9780262043533
Series:
Playful Thinking
File:
28 MB 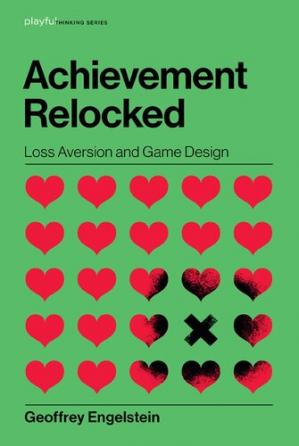