A Critical History of Poverty Finance: Colonial Roots and Neoliberal Failures Nick Bernards
A World Bank official interviewed by the Financial Times in early 2019 rhapsodised the virtues of emerging financial technology (fintech): It reduces costs, it’s much more efficient, it can be scaled up… It does come with risks as well because, you know, you really don’t want to hurt those that are most vulnerable, so we have to be careful. But I think it is really remarkable. (Politi 2019) Media outlets including the Guardian and The Economist have run glowing reports about the promise of fintech (e.g. Gould 2015; Noonan 2019). These have included breathless accounts of financial ‘innovations’ ranging from psychometric credit scoring methods (The Economist 2016) to MobiLife, a South African life insurer offering a (truly dystopian) product called ‘FoodSurance’ – which pays out in weekly grocery vouchers sent to beneficiaries’ mobile phones if a family breadwinner dies (Noonan 2019) – to index-based livestock insurance schemes using satellite imagery to assess the extent of drought (The Economist 2014). Even a more cautionary piece run in The Economist in early 2020 opened with the assertion that ‘For those seeking to help the worst-off in poor countries, the mobile phone has been a magic wand’ (The Economist 2020). There is a growing army of consultancies, think tanks, and philanthropic organisations similarly promoting fintech applications (e.g. McKinsey & Co. 2016; Insight2Impact 2016; Hoder et al. 2016; PwC 2016)…  Categories:
Business & Economics – Professional Finance
Year:
2022
Edition:
1
Publisher:
Pluto Press
Language:
english
Pages:
219 / 241
ISBN 10:
0745344860
ISBN 13:
9780745344867
File:
76 MB 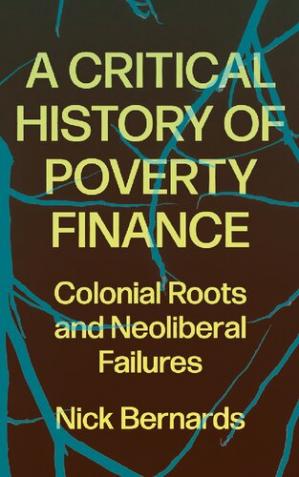