2012: Science or Superstition (The Definitive Guide to the Doomsday Phenomenon)

2012: Science or Superstition (The Definitive Guide to the Doomsday Phenomenon) Alexandra Bruce
The expanded companion book to the #1 documentary film about 2012! The 2012 meme has evolved beyond any debates about the relevance of the Maya Long Count calendar to the lives of contemporary human beings. 2012 is about us on planet Earth at this time. December 21, 2012: will the world really change forever on this date, the end of a 5,125-year calendar last used over a thousand years ago? Certainly Hollywood would like you to think so. Indeed, a not-so-small industry has arisen around the date, hawking everything from t-shirts to teleseminars. Clearing a path between fantasy and reality, Alexandra Bruce surveys the entire 2012 landscape, asking questions such as: Is the Earth losing its Mojo? How did 2012 come to mean “The End of Time”? Did psychedelics facilitate the Maya “Cosmovision”? Should we worry about Earth Crustal Displacement? What the hell is “Planet X”? Uniquely amongst a vast array of 2012 literature, this book features interviews with the leading experts—including Graham Hancock, John Major Jenkins, Daniel Pinchbeck and many others—and insightful, detailed analysis of the broad spectrum of opinion, debate, research and myth regarding the most compelling “end times” prediction of the 21st century. Categories:
Religion – Spirituality
Year:
2009
Publisher:
The Disinformation Company
Language:
english
Pages:
353
ISBN 10:
1934708283
ISBN 13:
9781934708286
File:
87 MB 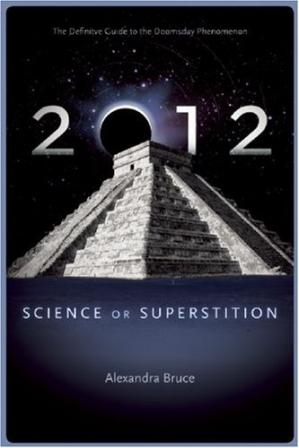 2012: Science or Superstition (The Definitive Guide to the Doomsday Phenomenon)
$9.99