11 Days at the Edge: One Man’s Spiritual Journey into Evolutionary Enlightenment

11 Days at the Edge: One Man’s Spiritual Journey into Evolutionary Enlightenment Michael Wombacher
In 11 Days at the Edge, the author joins spiritual teacher Andrew Cohen—a self-described idealist with revolutionary inclinations—in an exploration of an emerging new spiritual paradigm. In this paradigm the traditional revelation of enlightenment is explored in the context of the evolving universe with truly mind-expanding results. Cohen, once a teacher of “personal enlightenment,” now teaches enlightenment as a collective emergence – the emergence of a “higher we”—which he sees as the ground for the emergence of a new culture of enlightened values. Here we find that place where our spiritual longing intersects with our care for the world, empowering both to levels neither could attain alone. Uncompromising in his call for human transformation, Cohen is presented as an radical spiritual figure—unyielding in his demand for integrity—whose liberated consciousness and ruthless deconstruction of the cultural and spiritual status quo have kept everyone talking. In recognition of his contribution to the philosophy of religious thought, in 2004 he was invited to address the Parliament of World Religions, an unusual honor for a man backed by no established spiritual tradition. Categories:
Religion – Spirituality
Year:
2008
Publisher:
Findhorn Press
Language:
english
Pages:
512
ISBN 10:
1844094081
ISBN 13:
9781844094080
File:
68 MB 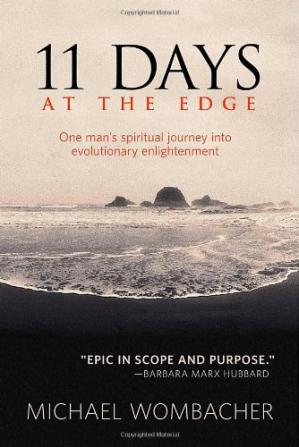 11 Days at the Edge: One Man’s Spiritual Journey into Evolutionary Enlightenment
$9.99